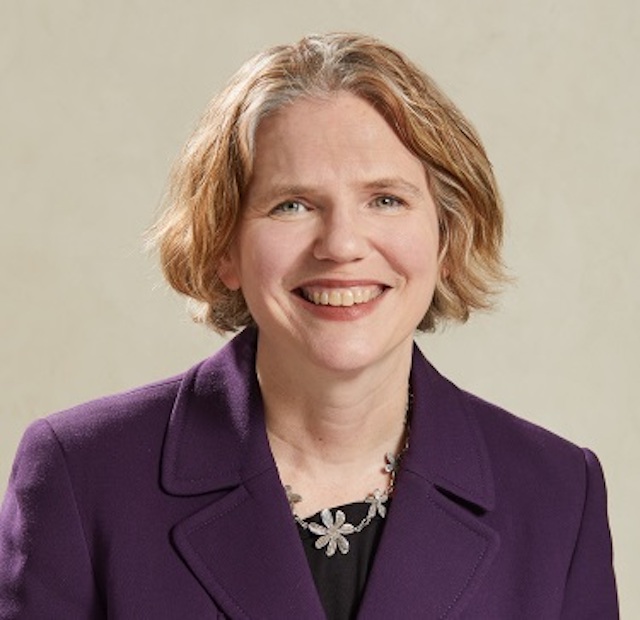 Laguna Pueblo writer and critic Paula Gunn Allen has argued that “[t]he American Indian poet is particularly bereft of listeners.” This is due to the fact that she “has difficulty locating readers/listeners who can comprehend the significance of her work, even when she is being as clear and direct as she can be, because . . . differences in experience and meaning assigned to events create an almost impossible barrier.”1 It occurred to me in reading and Angela Riley and Kristen Carpenter’s “Owning Red: A Theory of (Cultural) Appropriation,” that Indians face similar problems in telling the story of the harms caused by cultural appropriation, particularly those harms relating to intangible aspects of Native identity.

To non-Indians raised on tales of Wild West cowboy and Indian skirmishes and myths of generous Pilgrims who shared their bounty with Indians during the first Thanksgiving—and particularly to white Americans cloaked in racial privilege—fashion designers’ appropriation of Native dress and beer companies’ use of the names of deceased Indian heroes may seem innocuous—or even—as is sometimes argued—like genuine homage. Professors Carpenter and Riley provide the backstory needed to comprehend and contextualize these harms. They also offer compelling ideas for a solution. Most importantly, they show how contemporary appropriations of Native identities are part and parcel of a history of disrespect of Native property rights, including the right to cultural identity—and further that It is because of this colonial history of never-ending loss that non-Indian Americans so often fail to perceive the losses caused by appropriation. And conversely, it is precisely because of this history that the losses caused by appropriation are so devastating to Native peoples and individuals.

Riley and Carpenter use the term “owning Red” to refer to “the widespread practice by which non-Indians claim and use Indian resources for themselves, often without attribution, compensation, or permission.” (P. 110.) Tying the justice system’s lack of respect for Native property and religious rights to the legal system’s and society’s sanctioning of the appropriation of Native identity and intangible cultural property, Carpenter and Riley explain that, “with the virtually unimpeded taking of Indian lands, lives, bodies, and cultures, eventually all things Red became the property of non-Indians.”

However, their explication of the link between the law’s disrespect of Native rights and the legal system’s and society’s lack of understanding of the harms of cultural appropriation goes beyond the idea that the justice system’s lack of protection of Native property and religious rights leads to more disrespect of Indian rights—both by additional entities and individuals and with respect to additional types of rights—a point I and others have made elsewhere.2 Rather, their analysis insightfully contextualizes how the federal government’s removal of Indians from their ancestral lands, which began in full force in the 1830s, itself interfered with—and diminished–tribes’ and Indian individuals’ ability to engage in cultural practices and to maintain their cultural identities.

The confiscation of the land was not necessarily a literal appropriation of Native identity–the aspects of identity taken were not always taken to be used by non-Indians, but rather the taking of the land was often an end in itself. However, beyond the immediate and devastating losses of land that Removal and other violations of Indian real property rights effected, they concomitantly caused a disruption of cultural identity and an inability to maintain crucial lifeways. To see this is to better understand—even if the understanding of an outsider like me will always be imperfect—the harm that cultural appropriation wreaks on Native peoples. In contemporary instances of cultural appropriation, then, not only is there a taking and distortion of intensely personal, often sacred–and carefully guarded–cultural practices, but the taking is superimposed on other, earlier legally enforced takings of these very identities from Native peoples themselves. Thus, although Indians’ objections to cultural appropriation are often seen as anomalous in the freewheeling, fluid culture of mainstream America, there is more to the story, as Carpenter and Riley help us understand, than differing understandings of whether it is acceptable to borrow from other cultures. Instead, cultural appropriation of Native identities is especially devastating given the extent to which Native peoples have had to fight—often on the pain of imprisonment and even death—for the right to practice their own cultures.3

Professors Carpenter and Riley provide several examples of recent appropriations of intangible cultural property, which they divide into easy and hard cases, and they provide proposed solutions for how to address each of these problems. Their solutions vary according to the problem, and this seems quite fitting given both the diversity of types of cultural appropriation, from use of mascots in professional, college, and K through 12 schools, to fashion designers’ use of Indian regalia on the runway and pharmaceutical companies’ appropriation of Native peoples’ traditional knowledge for commercial gain on the one hand and the diversity among tribes and tribal cultures on the other.

I admired the article in not proposing a one-size-fits-all solution for these quite different types of cultural appropriation and for the fact that, even among mascots at different institutional levels, they offered a nuanced and multi-faceted analysis. One of the challenges in writing about tribes and tribal law is that there is a temptation—as well as pressure from within the academy and from the standards of academic writing—to offer broad-based analyses and solutions, but the incredible diversity of the Nation’s 566 federally recognized tribes simply does not permit this in most contexts. Carpenter and Riley acknowledge and embrace this diversity, as is evident from their analysis of Indian mascots at the college and secondary school levels. At the college level, they note the success of the National Collegiate Athletic Association’s policy of disallowing abusive racial/ethnic/national origin mascots but allowing continued use of Indian mascots and logos in cases where the team seeks and receives the consent of the relevant Indian tribe. They use Florida State University’s modifications of its mascot based on the recommendations of the Seminole Tribe of Florida—and the way that interactions among school and the Tribe about the mascot eventually fostered a deeper relationship between the two–as an example of the policy’s success. Here too, however, they do not shy away from the complexities of tribal diversity, and rightly note that the Seminole Tribe of Oklahoma—which was originally based in what is now Florida but was removed to Oklahoma by the federal government—opposes all use of Indian mascots. As the authors suggest, there are good solutions but probably no perfect solutions in such complex situations.

In the other contexts, the authors’ proposed solutions are similarly tailored to the individual case. For example, with respect to use of Indian headdresses—which are traditionally reserved for revered warriors in the tribes in which they are utilized–in fashion shows, Carpenter and Riley suggest that education and increased dialogue may be the answer, given that the First Amendment likely acts as an insurmountable barrier to barring all use of traditional Indian clothing by unauthorized persons and that such a law would be overly restrictive even as to Native artists who wish to provide critiques or innovations. While this solution may seem somewhat dissatisfying at first glance, it is likely the only realistic solution for this wide-ranging problem with its diverse manifestations. Finally, I was intrigued by the authors’ idea that, with respect to commercial appropriation of Indian heroes’ names, such as Hormel Brewing Company’s unauthorized but judicially sanctioned use of Crazy Horse’s name to sell liquor, the answer may be to expand the role of tribal law in such cases. Their analysis led me to wonder what it would be like if a federal law were passed requiring entities attempting to use Native individuals’ names for commercial gain to comply with tribal law—or providing for tribal jurisdiction over such disputes—and what the benefits might be both in terms of protecting indigenous property rights to identity and in fostering greater understanding of—and respect for—Native perspectives. All in all, “Owning Red: A Theory of (Cultural) Appropriation” is a rich and interesting read that does justice to the tremendous complexities of tribal cultures and the vicissitudes of appropriation of intangible cultural property.