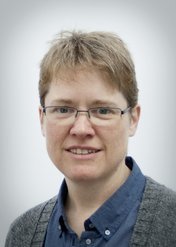 Over the past several years, Davina Cooper has been writing about “everyday utopias,” intentionally created practices and spaces, which represent an effort to enact social change in everyday life. In Everyday Utopias: The Conceptual Life of Promising Spaces, Cooper brings together much of this work in a revised form and underpins it with an extensive theoretical discussion of how such practices can be understood as socially transformative.

The individual pieces previously published were always intriguing and highly stimulating—engaging as they did in great detail with a variety of otherwise marginal, and sometimes unstudied, cases. These include Speakers’ Corner in Hyde Park, the Toronto Women’s bath house, Local Exchange Trading Schemes, public nudism, an alternative school, and a state-run equality program. The synthesis of these case studies into one collection adds enormous value to her previous publications, as does the very significant theoretical work Cooper undertakes in framing, connecting, and conceptualizing these spaces. More than this, the book itself is “hopeful and inspired”—as Sara Ahmed says on the back cover—because it offers multiple instances of social transformation in action and an analysis of how shaping the present may influence the future, both in the cases discussed but also in general.

The core of Cooper’s theoretical work appears in chapters one and two and is, in brief, an impressive and thoughtful engagement with utopian political traditions and theory—with the creative conceptual potential of engaging with alternative practices. As Cooper explains in chapter one, her focus on the conceptual within everyday utopias is motivated by two factors. First, “everyday utopias can revitalize progressive and radical politics through their capacity to put everyday concepts, such as property, care, markets, work, and equality, into practice in counter-normative ways.” (P. 11.) Second, they are “hugely fruitful places from which to think differently and imaginatively about concepts.” (P. 11.) This practiced counter-normativity and the different thinking that it generates are fundamental to Cooper’s project and to her very original engagements with the case studies.

The key to Cooper’s discussion is the way she understands concepts within a context in which practice, imagining, and the observer all take an active part. For Cooper, concepts are not abstract things that are merely ideational but are rather dynamic expressions that take place between imagining a thing and actualizing it. Concepts are therefore materially engaged processes in which the imagination of the material has also played an essential role.

This understanding of the conceptual can be illustrated by Cooper’s discussion of contemporary utopian thought and practice. As she explains, utopia can no longer be understood as an ideal or abstract construction of the perfect society. Rather, scholars of utopia now see it in more practical terms—as an attempt to practice ideas, which also incorporates the struggles and frequently conflictual relationships, which go into developing and sustaining novel and counter-normative practices. Utopianism remains future-oriented, but the future is one that can be imagined and, more importantly, practiced, in the present. The “everyday utopia” is in part an experimental space where ideas are tested and where new ideas emerge. There is a vision and a common purpose, of course, but the “utopia” itself rests in its actualization. In this way, the concept is an imagined-practiced reality, not an abstraction. It is not static and its edges may not always be clear, rather it may be redrawn with changing experiences, relationships, and engagements. Concepts “oscillate,” says Cooper, between the imagined and the practiced worlds—an effort to perfect and improve concepts “pulls on what is actualized,” but, at the same time, practice constrains the imagination. (P. 37.) Moreover, concepts change in response to the desire for social change. Of particular interest to Cooper is the potential that some concepts carry for being imagined and practiced in ways that might help to reshape our social relations.

This last point is illustrated in many ways through the case studies, which form the practical substance of the book and which are based on a variety of empirical methods, primarily observations and interviews. Cooper has been very thorough in her approach to these cases, avoiding the temptation to over-analyse her utopian spaces in ways that would unduly limit them or tie them up in recognizably present- and past-oriented concepts. Most importantly, she does not evaluate them against progressive, or even their own, normative standards, and she is very careful to remain self-conscious about her own participation as a “visitor” in the process of gathering information from the different sites. (P. 18.) Thus, instead of engaging in a closed style of analysis, she traces future-oriented “conceptual lines,” which are basically the multiple meanings and possibilities emerging from innovative practices. Such lines may not have the stability of firm representations or bounded concepts but are the partially developed potentialities from which the future may be formed. They, therefore, have transformative capacity, though no actual large-scale transformation can be guaranteed.

The selection of these case studies is itself intriguingly eclectic, although there is nothing random about it. Cooper has not chosen to look at separately imagined and actualized spaces distinct from the mainstream. Rather, her everyday utopias are adjacent to, proximate to, or simply part of everyday and mainstream existence. They take a slice of everyday activity—education, economic exchange, sex, governance, undressing, and speech—and actualize it differently. This actualization may be directed at a particular community, such as lesbians and trans women in the bath house example, or designed to fulfill a particular purpose, such as engaging in public debate, in the speakers’ corner example. Compared to mainstream non-utopian spaces, the everyday utopia tends to be motivated by a political purpose, it is intentionally designed to be transformative and is always, nonetheless, problematized by the challenges of actualization. Cooper’s discussion of all of her cases draws these themes out in diverse and often open-ended ways.

To conclude, this book is really worth reading, in particular for its focus on everyday intentional communities and the role that they can play in social transformation and also (even more importantly in my view) because of its highly original and thoroughly embedded approach to the issue of conceptualization and its relationship to practice. It is a book where each chapter engages with a new and fascinating topic and where the theoretical engagement is always original, rich, and thought-provoking.