Scholarship in a Violent Time

Alexander Kondakov, Resisting the Silence: The Use of Tolerance and Equality Arguments by Gay and Lesbian Activist Groups in Russia, 28 Can. J. L. & Soc’y 403 (2013). 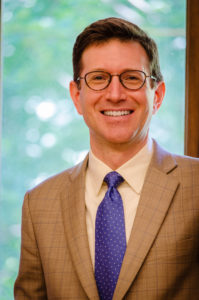 Alexander Kondakov’s paper on the claims framed by gay and lesbian activists in Russia and the effects of official silence is brave and thought-provoking.

It is a fine example of socio-legal research, combining discourse analysis of sources gathered from empirical research with theoretical insights. Amongst other sources, Kondakov draws on Wendy Brown’s work on tolerance and Brenda Cossman’s study of how refusing legal recognition to same-sex marriage nevertheless inaugurates it into “speakability.” Methodologically, his discussion of the “sub-discourse under the articulated one” as part of the normative order, “shaping things that are supposed to be left unsaid,” might appropriately inspire other legal researchers, as much scholarship confines itself to that which is said.

The paper begins with an overview of the historical treatment of same-sex activities in Russia over several centuries, referring to a number of Russian-language sources. Kondakov sums up that “[w]hen homosexuality was decriminalized, it continued to be pathologized.” Kondakov then focuses on two discursive flows regarding homosexuality in Russia. One is proposed by the state in laws and policies. He addresses the state’s “discourse of silence,” delineating the treatment of homosexuality as unspeakable in official legal and medical texts.

The other concerns the advocacy strategies of Russian gay-rights organizations, and the paper’s heart is found here. Kondakov undertakes a discourse analysis of fifteen LGBT organizations’ online statements and survey responses by their heads about rights and claims for rights. To summarize a nuanced analysis crudely, the majority of those groups prioritize a rhetoric of tolerance, while a minority advance a rhetoric of equality in claiming rights. In turn, the tolerance rhetoric correlates with deference towards the authorities and a preference for civil partnerships as a means of relationship recognition. The equality rhetoric lines up with a resistant attitude towards the authorities and claims for same-sex marriage.

Kondakov plainly prefers the equality rhetoric over that of tolerance, saying of the “tolerance bargain” that it “forces lesbians and gay men in Russia to exist in the lacunas of silence and to get rid of the sexualized features of homosexuality.” Who needs LGBT activism “to make us invisible,” he asks, when the authorities successfully do that? At the same time, the strategy of equality challenges silencing and “provokes conservative political response or recognition.” The upshot is that what is said when the silence is broken “does not necessarily contribute to the recognition of LGBTs as empowered citizens.”

With the horrific images from YouTube videos of gay bashings in our mind, and the response from outside Russia, that statement appears to be a painful understatement. Indeed, this paper is both timely and already slightly dated. It provides valuable historical context and insight into the views of activists on the ground in Russia. Paying attention to such views is crucial, given the risks that heavy-handed condemnations of Russian homophobia may only intensify the will to differentiate that country from the West.

The paper is out of date insofar as when Kondakov finalized it, it was only regional governments that had adopted provisions stipulating fines for the “propagation” of homosexuality. In June 2013, the Duma adopted a federal law banning gay propaganda. To be sure, the paper’s ambition is not to report on the latest developments in Russia. Given that the paper’s historical survey begins in medieval times, a few months’ further changes are trivial. Still, the recent federal law alters the relevant dynamics in that Kondakov contrasted Russia’s acknowledgement of European human rights norms “at the level of the Criminal Code and state law” with “forms of backlash” at the local or regional level.

At a time when some are calling for Russia’s LGBT community to get dangerous, Kondakov’s paper may inspire reflection on legal scholarship’s place and value in a time of crisis. His careful scholarly attention to the dynamics of speech and silence on gay rights in Russia is itself a courageous act of resistance.

Copies of Foucault and Butler may provide little defense to a physical attack. Still, at a moment of fear and temptation to despair, the insights that Kondakov draws from them in the Russian context may provide grounds for hope, however frail. Continuing his paper’s central theme of silence and resistance, he closes by noting that the laws banning homosexual propaganda themselves speak aloud of homosexuality and “open up a public discussion on homosexuality in Russia to negotiate its status.” Moreover, the laws “employ a rich diversity of phrases to speak about homosexuality in law,” including neologisms. The discourse is not monolithic, then, but “unstable and diverse,” hinting at “room for negotiation.”

I don’t know if Kondakov would write the same thing in the prevailing conditions. I certainly hope so.

Cite as: Robert Leckey, Scholarship in a Violent Time, JOTWELL (November 11, 2013) (reviewing Alexander Kondakov, Resisting the Silence: The Use of Tolerance and Equality Arguments by Gay and Lesbian Activist Groups in Russia, 28 Can. J. L. & Soc’y 403 (2013)), https://equality.jotwell.com/scholarship-in-a-violent-time/.