The Sublime Object of Race 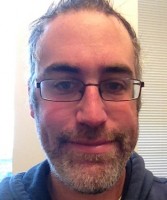 Nancy Leong provides the legal academy with a riveting account of the ways in which the logic of capital influences racial politics. Leong weaves together several topics of interest to legal scholars in her new article: criticisms of capital, diversity politics, and race as property. Her analysis revives the Marxian1 analysis conducted by early scholars of the critical legal studies movement at a time when questions of capital and race are as relevant as ever. I like it lots.

Leong’s work takes on the momentous task of breathing new life into Marxian legal theory. It also contributes to our substantive knowledge of the ideology of diversity and to our understanding of Marxian ideas and their relationship to law. Leong’s contribution is timely given the recent Supreme Court decisions in Fisher v. University of Texas and Shelby County v. Holder, both of which arise from historical legacies of race and racism. Her article does much to question the rhetoric of diversity, the linkages of capitalism and law, and the complexities of racial politics in a racialized world.

What, though, is racial capitalism? Leong writes that racial capitalism is “a process of deriving social or economic value from the racial identity of another person.” (P. 2153.) Her examples run the gamut of white people claiming black friends—such as the famous Seinfeld episode where George claims Karl, the exterminator, as his friend to impress Mr. Morgan—to universities Photoshopping black people into their admissions materials, to corporations hiring black applicants. In each of these instances, Leong argues, racial capitalism is at play because in each instance “a white individual or a predominantly white institution derives social or economic value from associating with individuals with nonwhite racial identities.” (P. 2154.) One might imagine any number of scenarios where racial capitalism is at play—for example, the corporate boardroom or the National Football League’s Rooney Rule.

It is important to consider the ways in which diversity is used as a justification. And, if there are negative consequences to diversity, these consequences deserve to be investigated in order to craft policies and practices that advance meaningful interactions between all persons. It may seem difficult to do anything about racial capitalism, although Leong ends her article on an optimistic note about our ability to dismantle racial capitalism. If Leong is correct, and she does make a compelling case, then what are scholars and practitioners to do? Her strategy is multi-stepped. She begins by suggesting that we “discourage racial capitalism and the racial commodification it requires and reinforces.” (P. 2221.) Where racial capitalism is present—and one might argue that there is no instance in which it is not, although Leong seems unwilling to make this argument—“First, we should respond by explicitly and publicly identifying instances of racial capitalism. Second, we should call attention to racial capitalism’s harms. Third, we should impose penalties on those who engage in racial capitalism. Fourth, those penalties should be directed to the project of furthering racial equality and reducing future commodification. And finally, the transaction should be explicitly structured to express condemnation of racial capitalism and to facilitate the overarching goal of productive discourse directed at ending racial capitalism.” (P. 2222.) These steps seem clear enough, but their application seems difficult. While Leong applies these steps to social, educational, and workplace instances, it is not clear that her steps to dismantling racial capitalism are at play in these instances. (Pp. 2222–23.) The compelling case she makes necessitates further attention to resistance strategies.

Leong nimbly explains and applies the writings of Karl Marx. (Pp. 2172–98.) Her clear prose and adept analysis help make Marx accessible to the uninitiated while still being refreshing and engaging to those already familiar with Marxian analysis. Leong explains Marxian standards—commodification, use value, and exchange value—clearly and concisely. At times she may sacrifice detail in the name of simplicity and readability, but this seems a minor quibble given the complexity of her project.

Leong raises important questions about the benefits of diversity, given capitalist linkages that hurt people of color, in practice as well as the ways in which policymakers and legal professionals talk about diversity. She also positions race and class as intersecting identity categories that demand attention together. If Leong’s analysis is correct, than critiquing racially discriminatory actions must be accompanied by attending to class politics as well. Richard Thompson Ford has argued that Leong may have taken an overly pessimistic view of racial capitalism and an overly optimistic view on the likelihood it can be ended in his thoughtful Harvard Law Review Forum piece responding to Leong’s article.2 Ford’s criticisms are well-reasoned. For example, Ford argues that even if the ethos of modern diversity initiatives produces the negative results Leong highlights, pursuing diversity remains a worthy goal. Although Leong argues as much (P. 2155), Ford rightly points out that Leong’s interpretation of the dangers of diversity might be “uncharitable.” (P. 253.) It is unclear what an acceptable diversity policy at a corporation would look like or how a college might draft a reasonable affirmative action policy in the wake of Leong’s analysis. In short, Ford is troubled by the application of Leong’s theories. (P. 257.) More troubling may be the charge of essentialism Ford levies at Leong. (Pp. 256–57.) The delicate balance between making generalizable identity claims and recognizing difference remains, of course, heavily debated. If racial capitalism is to be challenged effectively, and hopefully dismantled, then more nuanced discussions of both racial identities and capitalism, which have occurred in other disciplines, must be continued in the legal academy.

Although Ford raises significant criticisms, Leong’s work helps expand the ways that legal scholars think about race and capitalism. Far from committing some sort of essentialist evil, Leong has moved forward our understanding of complex phenomena. While she does not provide guidelines for drafting diversity policies sensitive to the influences of race and capitalism, which may rile a practitioner or two, that task remains entirely possible in Leong’s framework. Despite these criticisms, Racial Capitalism is a landmark work. Leong’s adroit synthesis of classical Marxian literature, legal theory, and current sociological texts mark her contribution to the field of critical race theory and critiques of capitalism as not only timely but also engaging. This will not be the last chapter in racial capitalism analysis. Scholars will likely find this article useful, applying Leong’s work to issues of administrative, sports, entertainment, and private associations law. We have Leong to thank for making this contribution, and for encouraging further study and debate.