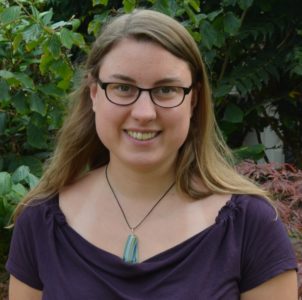 There appears to be a certain irony in writing in the Equality Section about a book produced by a group called “Against Equality”. But while their name may initially create an image of a reactionary conservative group trying to stem the tide of progressive social change, their agenda is to highlight and critique the inherent conservatism of the apparently liberal “gay rights” claims of equal marriage, equal military service, and equal protection under the law in the form of hate crime statutes. There is a great deal of feminist and queer scholarship making similar points but it has been too easy for gay rights campaigning groups, such as the deeply conservative Human Rights Campaign in the US, to by-pass any real engagement with this scholarship, much of which is inaccessible to the general public due to expensive paywalls. With this anthology, which includes both activist and academic writers, the Against Equality collective seeks to “be sure that our voices of resistance are not erased and written out of history“.

The anthology brings together three books, previously self-published: Against Equality: Queer Critiques of Gay Marriage (2010); Against Equality: Don’t Ask to Fight Their Wars (2011); and Against Equality: Prisons Will Not Protect You (2012). In each volume Conrad brings together a diverse collection of essays drawn from a variety of sources from zines, to blogs, to Facebook posts, and journal articles. Some of these contributions would already be familiar to an academic audience, others may not be, but all are interesting and impassioned refutations of a liberal reformist agenda that fails to properly challenge the underlying economic as well as gender, race, and class power structures.

In Queer Critiques of Gay Marriage, the authors highlight different aspects of the queer (and feminist) critiques of marriage. However, as significant as these substantive critiques, are the broader concerns about how the gay marriage movement has been co-opted by individuals and organisations that are trying to reach out to the LGBT communities or rehabilitate their own image through this campaign. Similarly, a number of chapters critique the ways in which those campaigning for gay marriage have appropriated the language of civil rights to further their own ends without acknowledging or fighting the continuing existence of structural and institutional racism and racial inequalities. As Farrow notes in his chapter, “Is Gay Marriage Anti Black???”, “any close examination reveals that histories of terror imposed upon generations of all black people in this country do not in any way compare to what appears to be the very last barrier between white gays and lesbians’ access to what bell hooks describes as ‘christian capitalist patriarchy’.”

The chapter from Kaufman and Miles, “Queer Kids of Queer Parents Against Gay Marriage!” highlights the policies of San Francisco Mayor, Gavin Newsom, which they note had torn some families apart (including disregard for affordable housing, attacks on welfare, and deporting minors who have been accused but not necessarily convicted of crimes), whilst photos of him with newly married gay couples and their children supposedly represent his support for families. Similarly, in “Who’s Illegal Now?: Immigration, Marriage, and the Violence of Inclusion”, Nair critiques the Human Rights Campaign/American Apparel “Legalize Gay” campaign, which she argues, “allows the wearer to smugly pose as ‘illegal’ while cluelessly erasing the reality that millions are actually made illegal in the terms dictated by draconian laws around immigration and the prison industrial complex, which create new and ever-shifting categories of illegality for immigrants”.

The concern here is not only the co-optation in itself but rather the consequences for those already on the margins of queer communities as well as immigrant and poor families, people of colour, and single parents, amongst others, who may or may not also be members of queer communities. There is also, as Conrad notes in his chapter “Against Equality, In Maine and Elsewhere”, a huge financial cost to the marriage campaigns, which spend millions of dollars at the same time as essential services such as community health clinics and AIDS service organisations, and queer/trans youth organisations are cutting their budgets.

The value of this anthology is bringing together these important queer and feminist arguments, in relation to hate crimes and military service as well as marriage, in a format that is accessible and affordable to people outside academia. Kaufman and Miles sum up the conservatising promise of the gay families depicted in the images of the marriage campaigns: “Instead of dancing, instead of having casual sex, instead of rioting, all of the ‘responsible’ gays have gone and had children. And now that they’ve had children, they won’t be bothering you at all anymore. There’s an implicit promise that once gays get their rights, they’ll disappear again. Once they can be at home with the kids, there’s no reason for them to be political, after all!”.

As well as critique, this collection offers hope that this promise will not be fulfilled, at least not by all queers.