Dancing Around Change: An Honest Engagement with the Perils of Performativity in Law School Hiring 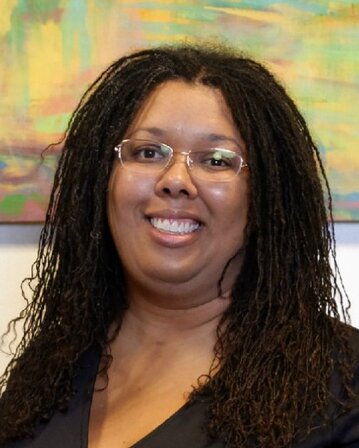 The murder of George Floyd forced a national conversation and the re-invigoration of our unfinished national racial reconciliation project. In the summer of 2020, as COVID-19 infections spread due to governmental failures, George Floyd was held down, choked, and murdered in Minneapolis, Minnesota by an agent of the state. This murder occurred in front of witnesses like Darnella Frazier, who bravely videotaped it and shared it with the world. Reacting to these events, universities undertook initiatives to address shortcomings in racial equity and to meet demands of students, faculty members, alumni, and community stakeholders. At law schools responsive to these calls, this involved many acts, including embracing the adoption of anti-racism solidarity statements, creating academic centers focused on blackness like the study of race and law, establishing the endowment of scholarships and job opportunities for minority students, and hiring more scholars of color.

Against this backdrop comes a breathtaking, but brief, essay by Professor Carliss Chatman and Professor Najarian Peters. This essay, a skillful example of protest literature, performs the difficult task of truth-telling about legal education as it relates to hiring minority faculty members. It indicts the left-legal liberalism of the legal academy, demonstrating how those who espouse the goal of diversifying the legal profession often fail to make change in terms of their hiring practices. Through storytelling, a classic method and weapon in skillful hands like theirs, the authors paint a picture that is familiar to many individuals who are the “diversity people” on their respective hiring committees. Navigating a landscape of legal professionals who consider themselves liberal and claim not to be racist, the authors reveal how shifting standards, implicit bias, and constant contradictions shape the hiring process at most law schools leading to one ultimate result: law schools fail to hire faculty members of color, particularly Black, Latino, and Indigenous individuals, even when they are highly qualified for these roles.

Although the number of minority faculty has increased, Professor Chatman and Professor Peters argue that not enough has changed. Law school faculties remain heavily vested in the status quo and the faculty remains overwhelmingly white and male – particularly in the most highly compensated prestigious full-time tenure track roles. This issue is not unique to law schools. The upper echelon of the legal profession – those who make law, interpret it, benefit most lucratively from it, and teach it – remains majority white and majority male. And while the profession has gotten more inclusive, and has diversified some along lines of race and gender, the overwhelming whiteness and maleness of the profession and legal academia has remained sticky. Professor Chatman and Professor Peters attempt to unstick this stickiness with honesty about the process. The essay excavates the dysfunctional way in which faculty hiring committees and law school communities are moved to inaction and paralysis in terms of diversifying the faculty ranks. The authors also urge institutions to protect their students and warn the students not to invest too heavily in the institutional work of anti-racism.

Professor Chatman and Professor Peters are not the first to highlight the failure of the legal academy to diversify its faculty and move beyond tokenism. Powerful progressive voices like Richard Chused and Critical Race Theorists like Richard Delgado were highlighting the failure to diversify and democratize even in the 1980’s. In 1988, Professor Chused found that, “minority professors in general, and black professors in particular, tend to be tokens if they are present at all; that very few majority-run schools have significant numbers of minority teachers; and that minority teachers leave their schools at higher rates than their white colleagues.”1 Critical race theory scholars have addressed the failure of law schools to diversify with activism as well. One of the most famous examples of this resulted in the protest resignation of Professor Derrick Bell at Harvard Law School when the institution failed to hire a Black woman.

Professor Chatman and Professor Peters contribute to this literature in a refreshing way by highlighting the performative nature of law school hiring practices and the theater enacted by the conversations. The repetition of this theater, maddening to those on the ground and committed to change, is captured perfectly in their work. One feels as if she is sitting in the room, around the table, being told–once again– that qualified minority candidates are simply “not interested” in employment at the institution. Earnestly, everyone sighs. Everyone nods. Everyone wistfully declares that they wish the pool were more diverse. Everyone promises to do better and try harder – next time. There are often no negative consequences for individuals in the institution who stood in the way. And when some small institutional act of acquiescence has occurred, if there is some success, then those who midwifed the change are not given credit. They are also told they should be happy. Are you happy now? Perhaps we can get back to some real hiring, some normal hiring, they say. It is not clear what real hiring or normal hiring would be. I suspect, and I think the authors would agree, that such hiring would not be focused on antiracism or on the inclusion of diverse candidates. So no, we are not happy yet.

The righteous tone in Professor Chatman and Professor Peter’s essay engages readers throughout the piece. In a world where legal scholarship can be stodgy, boring, and mealy-mouthed, the authors boldly stake claims and take chances. The aesthetic of the essay is the praxis of Black Radicalism and Black feminist theory. The initial invocation of the voices of the ancestors that came before, like Ida B. Wells, is followed by the authors’ deployment of the narrative that undergirds the interventions of critical race theory. Professor Chatman and Professor Peters tell a story that has been told in private whispers, rehearsed in the conversations of the past that are present and have become prescient in this moment. Throughout, they offer a revelatory contribution that seems to operate on what Robin D. Kelley calls “blues time.” For Kelley, “[b]lues time eschews any reassurance that the path to liberation is preordained. Blues time is flexible and improvisatory . . . simultaneously in the moment, the past, the future, and the timeless space of the imagination.”2

Constructively, performativity and theater, even in their most conservative forms, entail ethical possibilities of becoming and recognition that may lead toward emancipation and contribute to change. This performativity and theater entail the creation of maybes and possibilities that may remain unrealized even for those doing the performing. The maybes and possibilities of performativity have been demonstrated by the body of literature in queer theory pioneered by scholars like Judith Butler and the lived experiences of Black queer people who created ballroom culture. The possibility that performative acts, which may seem empty or even contradictory, lead to increased recognition has long been understood to shift the intelligibility of what could be by challenging the intelligibility of what is. This means that what might start as performance has the potential, even slightly, to re-imagine the realm of the real and push against the boundaries of what is toward a liberatory possibility of what may become.

Perhaps though, this is just the hopeful dream of an ex-musical theater kid and queer theory stan who found worlds of possibilities in drag balls in the latter moments of the twentieth century. As Angela Harris has noted, although counterhegemonic performance can create the possibilities to see the operation of power and ideology, “’[p]erformance’ is a tricky word in a society that reveres ‘choice.’”3 And as Professor Chatman and Professor Peters illustrate–bluntly–the road to liberation and change through performance and theater, however, is treacherous and uncertain. Further, it is marked by the potential for capture and failure.