Equality for Whom? Nonmarital Inequality and the Paradox of Parental Leave 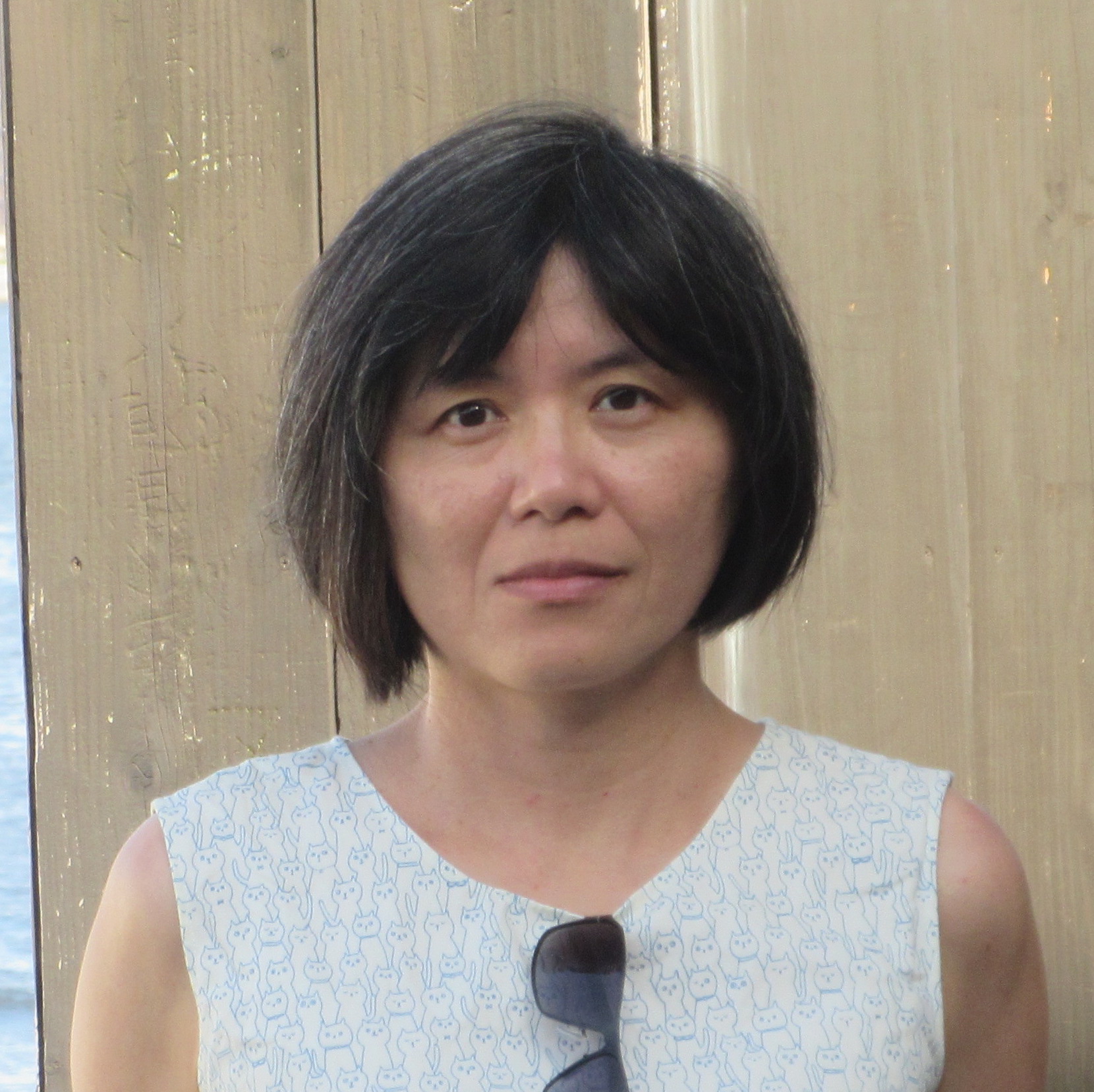 On Election Day, Colorado voters approved an initiative that makes Colorado the tenth state (including D.C.) in the U.S. to install a state-run paid family and medical leave insurance program. It will provide, among others, at least 12 weeks of paid time for childbirth and adoption, hence extending the entitlement of paid parental leave to Colorado workers who are not covered by the Federal Employee Paid Leave Act. Paid parental leave is increasingly considered to be a crucial measure to advance sex equality by transforming parenthood on double fronts: enabling working mothers to stay employed and paid while caring for children, and encouraging working fathers to provide hands-on infant care. Internationally, many countries have enacted various parental leave policies, which provide either equal amounts of leave to parents regardless of sex or distinct leave policies for mothers or fathers, while mindful of the risk that accommodating working mothers’ need for childcare without engaging working fathers in childcare will likely deteriorate the unequal division of childcare. It follows that a feminist inquiry into parental leave policies typically centers on the issue of which approach best promotes equal parenthood so that mothers do not shoulder the sole responsibility of childcare.

In Equalizing Parental Leave, professor Deborah A. Widiss argues that the above vision of equal parenthood is an incomplete picture. Widiss has examined the efficacy of different paid parental leave policies as an equality-promoting measure from a comparative perspective in a related article, The Hidden Gender of Gender-Neutral Paid Parental Leave: Examining Recently-Enacted Laws in the United States and Australia (reviewed by Naomi R. Cahn on JOTWELL). Equalizing Parental Leave takes a step forward to shed light on the sex inequality of nonmarital families under U.S. parental leave laws. Both federal and state parental leave laws provide the same benefits to mothers and fathers, but they do not benefit all families equally: families with two legally recognized parents are entitled to receive as much as twice the benefits of families with one legally recognized parent, and marital families are more protected than nonmarital families.

Consequently, Widiss discloses an overlooked paradox of parental leave: “every step forward in achieving the gender equality envisioned by these laws—that is, the aspiration that both mothers and fathers will fully utilize their benefits—will widen the gap between families with one custodial parent and families with two”. (P. 2.) To put it another way, laws that intend to correct sex inequality simultaneously cause a different kind of sex inequality: “the particular structure of American leave laws is intended to address sex inequality within (presumptively-different-sex-two-parent) families by encouraging men and women to share caregiving responsibilities. But this policy simultaneously disadvantages single parents. Since women are far more likely than men to have sole custody of a child, a policy that disadvantages single parents functionally disadvantages women.” (P. 40.)

Equalizing Parental Leave grapples with this paradox of equality1 by providing a diagnosis and a proposal to fix it. Its primary goal is neither to revolutionize the theoretical debate on equality nor to challenge existing constitutional equality doctrines radically. Rather, it incorporates the theoretical inquiry of sex equality with a solid empirical investigation through intersectional and comparative lenses, and seeks a practical solution that can be pursued under the current structure without abandoning the road that has been taken.

Widiss’s careful review of empirical data and reports reveals the intersectional inequality of nonmarital parenthood that begs the need for legislation: unmarried parents are vulnerable workers and families already disadvantaged by their class, race and gender, but they are very unlikely to receive leave benefits from their employers. Her comprehensive and up-to-date survey of US federal and state parental leave laws makes a breakthrough by examining the interaction of leave laws with state family laws that defines parentage and custody rights, which shows how new leave laws categorically disadvantage single parents who are already the disadvantaged. Most significantly, her endeavor to seek wisdom from other countries produces the highlight of this article: the need to promote sex equality both within and between families.

Equalizing Parental Leave shines due to its adoption of a comparative and transnational perspective. As Widiss and other commentators have noticed, the U.S. lags far behind many countries in the world on the protection of new parents by providing paid time off work. The Family and Medical Leave Act provides only unpaid leave, under which “the most vulnerable workers are least likely to be covered.” (P. 21.) Only four of the U.S. state paid leave laws were passed before 2017, and the Federal Employee Paid Leave Act was passed as recently as 2019. This embarrassing fact provides a rare chance for the transnational migration of equality laws to the U.S. Both U.S. federal and state paid leave laws adopt the formal equality approach to provide the same benefits to each parent of a new child. In contrast, countries other than the U.S. generally endorse a substantive equality approach built on the premise that treating women and men the same under the structure of sex inequality will not eliminate inequality at best, and will exacerbate women’s disadvantage at worst.

Widiss identifies the growing trend of encouraging fathers to claim more parental leave by supplementing sex-specific leave with a gender-neutral parental leave available to either parent after materiality or paternity leave. It is an affirmative response to cope with the unfortunate fact that “to the extent that a parental leave can be claimed by women, it typically is claimed by women.” (P. 39.) One of these measures is to reserve a portion of “shared” parental leave for fathers only (known as the “use-it-or-lose-it” provisions), which is proven to have increased fathers’ leave-taking rates. The measure’s effectiveness in transforming fatherhood has led some commentators to propose that the U.S. should follow suit.

Widiss, however, uncovers a fundamental misunderstanding of U.S. laws that guides the above reform proposal. Other countries adopt a shared parental leave policy in which a certain portion of leave time can be transferred from one parent to the other parent. The reserving time for fathers was therefore against a previous baseline in which mothers could use all available leave time. In contrast, American leave laws provide individual and non-transferable benefits and leave for mothers and fathers alike, and there is no shared parental leave. Based on this comparison, Widiss declares that “although gender neutral, the American approach is already more aggressive in encouraging men to take leave than almost any other country’s policy, in that a full half of bonding benefits and leave is “use-it-or-lose-it” leave.” (P. 37.) She pinpoints the opposite problem of the American leave policy—it systematically benefits families conforming to the stereotypical nuclear family, and makes no modification for single families.

The lesson to be learned from other countries’ approaches, Widiss finds, is that they are similarly incapable of treating all families equally, despite their various efforts to transform fatherhood by imposing sex-specific or neutral measures. The American approach disadvantages families with one legally recognized parent. A policy that provides exclusive maternity leave would treat a child with a single mother and a child with married different-sex parents equally, but would disadvantage a child with two fathers. Apparently, various leave policies will result in different levels of benefits being available for different families, hence raising the concerns of discrimination.

However, Widiss cautions that this is not necessarily a problem. The primary focus of parental leave law dictates whether or not it constitutes a violation of equality. If the focus is on a parent’s interest, American law is fair in treating all parents equally (meaning being treated the same when similarly situated). If the focus is on a child’s interest, a family’s interest or public interest, American law is unfair and disadvantages those who need it the most. She also notes that, as a matter of law, variations in how parental leave laws treat families can probably survive a constitutional equality challenge, and are also likely permissible under statutory antidiscrimination laws. As a matter of policy, parental leave laws contribute to the status quo that “nonmarital children, and the adults who care for them— disproportionately poor and working-class women of color—are disadvantaged from the very first months of life.” (P. 40.) Therefore, the first imperative of policy reform is to support nonmarital families in which the parent bears the primary responsibility for both breadwinning and caregiving.

Widiss’s paid leave law reform proposal to advance both sex- and family-based equality is a modest one. It recognizes the remarkable effects that universal childcare and a high-income replacement rate will bring about, but chooses a different route that requires minimal additional resources, that is, permitting sole custodians to receive extended benefits with the possibility of a transfer to a broader range of familial caretakers. (P. 41.) The proposal is premised on the lessons learned at home and abroad. The domestic experience of leave law policy seems to have lived up to its goal of encouraging fathers to claim leave and shifting gender norms within two-parent (different-sex) families. Other countries’ experience suggests that providing individual rights to each parent on a use-it-or-lose-it basis is the most effective way to achieve policy goals. She is, therefore, reluctant to move toward a wholly family-based leave approach, which will likely compromise the progress achieved by the existing structure.

Keeping the individual-based policy in place, her proposal would allow single parents to receive extended benefits. This gender-neutral policy will likely produce a positive, disparate impact on women, because they are more often the sole custodians.2 Using other countries’ transferable leave laws as a model, her proposal would allow the option of transferring a portion of benefits to an extended list of familial caregivers, including unmarried fathers, grandparents, and cohabitating partners. A jurisdiction can decide the design of transfer options and the range of benefit extension as it sees fit to mitigate existing inequality. The suggested changes, Widiss argues, can be easily implemented to existing leave laws, because they do not require the creation of new legal categories. Furthermore, it would not unduly burden employers, because the costs are already spread across the tax base. It is indeed a small but necessary step to advance equality for all.

As a newcomer to the club of countries offering paid parental leave, the U.S. still needs more states to enact legislation so that paid parental leave will be available nationwide. But the inequality of nonmarital families begs for more changes. Equalizing Parental Leave engages with the equality question of paid parental leave on both empirical and conceptual levels. It exhibits the crucial role of solid empirical research to substantiate an inquiry into inequality. It demonstrates how a comparative and transnational perspective can enrich and inspire one’s visions for change. Legal reform that intends to correct sex inequality will not produce a different kind of sex inequality, if we are willing to look beyond two-parent marital families and the American border.