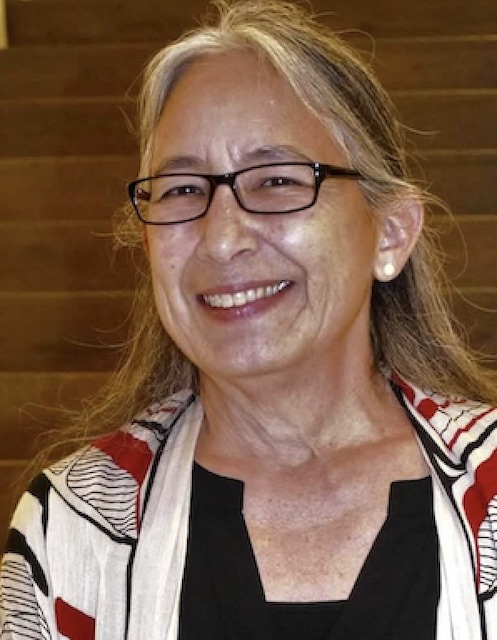 As teachers and scholars, we think a lot about how the world really works, what can be done to make it more equitable, and how to articulate coherent analyses that will be put to good use by others. For those of us who’ve been at it a while, it’s wonderful to hear from young scholars excited by something we wrote long ago—but it can be disheartening as well. After that initial relief that the piece hasn’t been swallowed by a black hole, the worry sets in. Why does decades-old work appear as fresh insight? Are we still circling the same old rock? Shouldn’t this intellectual project have evolved much further by now?

Then, along comes a gem like Raymond Magsaysay’s Asian Americans and Pacific Islanders and the Prison Industrial Complex. This somewhat prosaic title masks a beautifully written and artfully constructed exposé of the conceptual disappearance of Asian Americans and Pacific Islanders (“AAPIs”) in the criminal “justice” system. It is not, however, a “we, too, are oppressed” story. Rather, the brilliance of Magsaysay’s article lies in his use of critical race theory, Asian American jurisprudence, and the work of anti-colonial and indigenist scholars as well as prison abolitionists to highlight how the narratives of criminalized AAPI youth can undermine anti-Black racism and help us envision a future unconstrained by mass incarceration.

First, the lacunae. Did you know that AAPI youth are disproportionately criminalized? That in the late 20th century their arrest rate was about triple the rate of their population growth? Or that these rates continued to rise, even as arrests of Black, Indigenous, and White youths decreased? That in Oakland in 2006, the glaring disparity in arrest rates for White youth (13 per 1,000) and Black youth (116 per 1,000) was topped by Samoan youth, who were arrested at a rate of 130 per 1,000? (P. 454.) I certainly didn’t. There is so much more that could be said about what we don’t know.

The interesting question, though, is why we rarely hear about the criminalization of AAPI youth, apart from occasional news flashes about Southeast Asian gang activity. Magsaysay lays much of the blame on the “model minority” myth whose narrative, he notes, diverges dramatically from both contemporary realities and the racialization of Asian Americans and Pacific Islanders throughout U.S. history. This is an important move because, while there are numerous Asian American critiques of the “model minority” construct, they rarely focus on criminal law.

Even more impressive is how Magsaysay uses this lens to develop an intersectional analysis in which “static dichotomous understandings of oppression—e.g., that AAPIs are diligent and Black people lazy” are reframed “as dynamic, dialogic processes.” (P. 474.) These relationships, in turn, provide the foundation for an interest convergence analysis that facilitates coalition building based upon aligned interests rather abstract principles. Rather than repeating what have become rather formulaic exhortations to cross-racial solidarity, Magsaysay illustrates very concretely how disappearing the criminalization of AAPI youth both ensures their ongoing subordination and reinforces the anti-Black tropes that facilitate the criminalization of African American youth.

There’s a richness to Magsaysay’s analysis of these dynamics that this simple summary simply cannot convey. So, here I turn to another innovative and energizing aspect of Magsaysay’s article: his illustration of the life-changing power of narrative, and his advocacy of Ethnic Studies and related programs as essential not just to understanding the realities of life in subordinated communities, but to bringing about liberatory change. When we recognize erasures such as the conceptual disappearance of criminalized AAPI youth, we often focus on top-down solutions. What legislative fixes are available? How could police be better trained? Where can we find more funding for their communities? Magsaysay, however, takes a very different approach.

The article begins with Eddy Zheng; his 18-year incarceration for a youthful crime, and how he spent 11 months in “the hole” at San Quentin for, among other things, co-authoring a prison reform proposal that included expanding Ethnic Studies programs. Narrative, the stories that situate our lives within our histories, cultures, and shared realities, was Eddy Zheng’s lifeline, and Magsaysay argues that it is similarly important to AAPI youth who are bullied, harassed, profiled, and criminalized. It is a critical dimension of the transition he envisions to a society in which we no longer live in a carceral state; a key to addressing the “academic disengagement, truancy, and mental health issues” that undergird the school-to-prison pipeline; a path to “cultivate critical consciousness” and “decolonize the minds” of those whose realities are erased from the dominant narrative. (P. 517.)

Magsaysay recognizes that this is just one piece of the puzzle. But in explaining the importance of making these stories accessible, he is articulating a very concrete way in which we can work “from the bottom,” as critical scholars have urged, toward what Magsaysay terms “a radical reimagination of schooling, education, and epistemology itself,” one that “dignifies and humanizes history and the lived experiences of marginalized communities.” (P. 518.) It’s a joy to see the work of several decades of critical scholarship being put to such good use, and to know younger scholars are taking it to the next level.

Two final points.  First, this article was written and accepted for publication while Magsaysay was still a law student. As such, it’s an inspiration for us as teachers, and for our students. And second, a shout-out for the footnotes. Magsaysay is reviving a lost art, using the notes to weave his arguments into the larger fabric of scholarship in the field, making connections across disciplines, clarifying complex issues and adding nuance to simple statements. The piece is worth reading, and sharing with current students, for the notes alone.