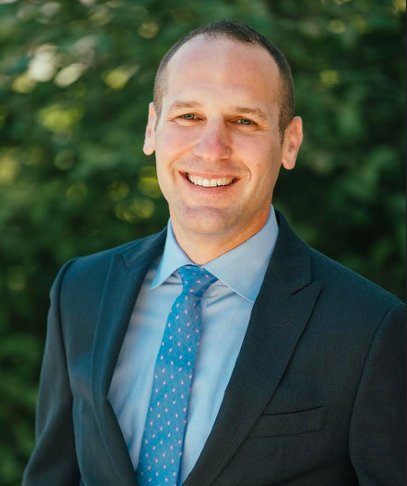 Increasingly, courts in the United States and Canada are called to rule on parental disputes about the gender identity and expression of children. Often in the background of a custody dispute, courts are faced with the task of deciding what parental arrangement is better to support the gender identity/expression journey of a young child. In the classic case, one parent encourages the gender exploration of the child and the other objects, often also accusing the supportive parent of putting ideas about gender nonconformity into the child’s head. This new terrain raises serious questions about gender, equity, and the best interests of the child. And, of course, both in the U.S. and Canada, cases are often accompanied by wide media coverage and politics that try to drag this situation into the culture wars.

To the rescue arrive two excellent and original articles, one from Canada, Respecting and Protecting Transgender and Gender-Nonconforming Children in Family Courts, and the second from the U.S, Exploring Identity. They are not the same, but they tackle similar questions. Each is valuable, and together they provide rich and largely missing context that can guide courts, litigants, and policymakers when they navigate these relatively new and complex cases. They provide clear analyses of relevant terminology, science, doctrine, and caselaw, and each makes specific policy recommendations.

Both articles deal with questions of parenting disputes (typically custody) regarding children’s gender identity and expression. Houston’s article, dealing with Canadian cases, covers children of all ages and treats the group as “transgender and gender-nonconforming.” George’s article covers U.S. law and focuses exclusively on preadolescent children, whom she calls “gender expansive” children—a term referring to trans, nonbinary, and “children exploring non-traditional gender identities.” The reason both articles insist on using complex terminology rather than simply “trans kids” is to avoid labeling preadolescent children in ways that narrow their options of identification and expression. The authors acknowledge that some children will eventually transition, some will identify as abinary, some will identify as cisgender LGBQ individuals, or none of these. Indeed, professional medical literature has long recognized that preadolescence children with gender-atypical behavior do not necessarily end up transitioning. A highly-criticized group of studies named this phenomenon “desistance” (because children “desist” with the atypical gender behavior later in life). These studies claim that “over 80% of transgender children will come to identify as cisgender once they reach adolescence or early adulthood.”1 Recent scholarship provides robust critique of “desistance” theory. Literature criticizes this (oft-used) terminology of “desistance,” noting that it is rooted in the field of criminology and that the use of the term reflects on the gender-binary premise of the studies.2 Further, as George and Houston elucidate, the studies that support the “desistance” theory used highly questionable methodology. At the same time, they both acknowledge that the gender expression and identity of preadolescent children are not static and that future gender identity is difficult to predict.

The fluidity of gender expression and identity in preadolescent children leads both authors to make a similar claim: when courts try to determine “Is that child really trans?,” they are asking the wrong question.3 Instead, both articles advocate that courts enable preadolescent children to explore their gender identity. In particular, Houston argues that courts should give significant weight to the views that children in these cases express. Allowing individuals to define and develop their own identity is a central tenet of gender-affirming care model (the goal of gender-affirmative treatment is to relieve distress and anxiety regrading gender identification and expression). Hence, George contends that parental support for exploration of gender identity is in the child’s best interest, and Houston asserts that judges need to presume that supporting a child’s identification and expression of gender is in the child’s best interest.

Both articles lay out clearly, helpfully, and critically the research about the formation of gender identity among children, and use it to clarify the legal terrain. The two articles also document how courts often rely on medical experts’ perspectives in adjudicating these cases. George puts reliance on scientific data in context by presenting historical patterns in which courts have eventually reframed their responses based on developments in the science, such as in the case of research on LGBTQ+ parenthood. Houston, while noting that experts can be helpful, argues that their testimony should be taken with caution, as the area is fraught with politics. Both also analyze a large number of cases, elucidating the main outcomes of these cases, their (sometimes flawed) reasoning, and their general trends.

Each article also makes varied contributions. Houston delves into the decision to transition, including medical interventions. George examines how courts have dealt with questions of identity in related areas: children’s sexual orientation, race, and religion. This latter analysis puts what seems like a novel and difficult dilemma for courts in perspective, provides some unexpected doctrinal insights, and shows the consistency in courts’ approaches that seek to enable children to explore their identity. Finally, one of George’s main recommendations is to enact statutes that confirm that gender exploration is in the best interest of the child. It is interesting to note that Ontario, according to Houston, has amended its legislation pertaining to child protection to clarify that the best interests of the child includes consideration of “gender identity and gender expression.”4

Overall, both articles provide a great service to the legal community in their rigorous analyses of these types of cases, which have become common in the U.S. and Canada. Both articles should be commended, especially for the critical and respectful way in which they deal with an area that is politicized and that, as well, touches upon people’s most personal issues. Their doctrinal and prescriptive insights will be helpful to many, and the clear way in which medical knowledge is presented is particularly useful. Both could easily fit syllabuses on law and sexuality, and family law. The historical context—and George’s references about how other social movements have engaged with similar contexts—make the terrain richer. Even people who are not working in the fields will likely find these to be good sources to learn about this critical topic.

Editor’s note: for another review of Exploring Identity, please see Aníbal Rosario-Lebrón, On Pointe: The Right of Children to Explore their Gender Identity, JOTWELL (September 13, 2021)