Chante Westmoreland, An Analysis of the Lack of Protection for Intangible Tribal Cultural Property in the Digital Age, 106 Calif. L. Rev. 959 (2018). 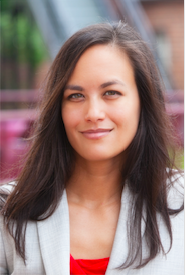 The notion of property enshrined in the American legal system is a poor fit for what scholars have termed cultural property—tangible and intangible items of great importance to tribal cultural heritage. As Chante Westmoreland deftly reveals in her Note, An Analysis of the Lack of Protection for Intangible Tribal Cultural Property in the Digital Age, property law addresses only some of the concerns associated with cultural items of significance to tribes. Property law is designed to protect the object itself, but tribes are often concerned not only with an actual object, but also with the cultural and spiritual significance of the item. (In order to track Westmoreland’s own language, I will use the word “tribe” or “tribal” to refer to people indigenous to what is now the United States. Other scholars might use the words indigenous, Native American, Indian, or their variants. The choice of language is a vital conversation, but one I will not take up in this short review.)

Of particular importance today—when it sometimes seems that everyone wants to make everything available on the Internet—are the new problems associated with digitization of important tribal artifacts. Westmoreland offers a balanced account of the benefits and problems associated with digitization. On the one hand, digitization enables what some have called a “museum without walls”—an opportunity for anyone with an Internet connection to learn about tribal practices around the world. Such a virtual museum would benefit scholarly research and enhance understanding by laypeople. Moreover, digitization would help mitigate the risk of loss of irreplaceable cultural items in a natural disaster or a war. The recent fire at Brazil’s National Museum, which caused the tragic loss of many irreplaceable items, vividly illustrates the benefits of digitization. One researcher, a member of the Tenetehára-Guajajara tribe who had been studying his people’s heritage, offered a stark assessment: “It felt like a genocide.”

Yet digitization also opens the door to abuse. Commodification of sacred tribal objects has long been both commonplace and problematic. Troublingly, it has allowed non-members of tribes to profit from those objects at the expense of the tribe. Digitization would potentially expand the opportunities for exploitation by profit-minded outsiders. Such individuals could digitize various forms of cultural property and make them accessible to the entire world through the Internet while completely excluding the tribes themselves from the benefits.

Westmoreland confronts the promise and peril of digitization with empathy and pragmatism. At the outset, she gives her own definition of the notably fuzzy term “cultural property,” one that works better than most: cultural property is “intangible sacred traditional knowledge that has been fixed in a tangible medium.” She provides an admirably clear explanation of the significance of such cultural property, which those raised in non-tribal cultures often struggle to grasp. An analogy borrowed from Kristin Carpenter is helpful here: a wedding ring has a different value to a jeweler and a spouse. Similarly, cultural property has intangible aspects that differentiate its value to a tribe and to those outside the tribe. Those intangible aspects are nonetheless real and worthy of some degree of protection. Westmoreland then offers a lucid explanation of the reasons that various potentially-relevant subfields of law—trade secret, copyright, patent, and trademark—each fail to capture the components of cultural property most threatened by digitization and consequently in particular need of protection. She concludes that, to combat the unique threats of digitization, legislators and policymakers should encourage collaboration between tribes and third-parties with an interest in tribal cultural property.

A great deal of legal scholarship falters when it comes time for specific proposals for reform, but not here: Westmoreland concludes her article with a number of ingenious solutions to the digitization conundrum. One example involves straightforward incentives. She explains, “Congress could offer a ‘voucher-based’ system in which libraries and museums receive either federal funding or deeper tax breaks in exchange for negotiating with tribes for licenses prior to digitizing cultural property.” Such a regime would incentivize the educational entities to make an effort to respect tribal knowledge.” Westmoreland further proposes that libraries and museums could use the funds they receive under a program designed to reward collaboration to pay a member of the tribe as a consultant for the digitization project. This would ensure that the tribe benefits tangibly from the project, and moreover would ensure that the digitization is performed in an accurate and respectful way.

Westmoreland’s work is notable for its identification of a pressing problem, clear explanation of the law, and pragmatic proposals for infusing the law with respect for cultural property. More generally, however, her research powerfully exposes the way that applying “neutral” legal principles is often not neutral at all. Legal principles reflect the values of the culture in which they arose and the identities of the people who hold power within that culture. Westmoreland’s examination of intangible tribal cultural property provides a sophisticated analysis of an accessible example. Her research is an important contribution both within and beyond antidiscrimination law. It would be worthy of a more experienced scholar—indeed, it would be worthy of a tenure-track professor. I really liked it a lot.