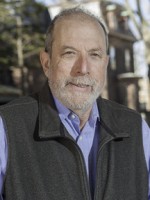 The tenor of the debate over the propriety of creating religious exemptions to generally applicable laws has changed dramatically in recent years. As recently as 1993, progressives and conservatives joined forces to secure passage of the Religious Freedom Restoration Act, which requires the granting of such exemptions in cases where compliance with a statute would “substantially burden a person’s exercise of religion” unless the denial of the exemption was necessary to serve a “compelling” governmental interest. However, as the focus has turned to requests for exemptions by employers who object to the contraceptive mandate of the Affordable Care Act and merchants who wish to avoid providing goods and services for same-sex weddings, the debate over religious exemptions has taken on a starkly partisan aspect, with advocates for both sides often eschewing reasoned argument in favor of emotionally charged rhetoric that demonizes their opponents and effectively denies the possibility of good faith disagreement.

Against this background, Debating Religious Liberty and Discrimination, by John Corvino, Ryan T. Anderson, and Sherif Girgis, is a particularly welcome contribution to the debate. After a brief overview of the legal and political background of the current dispute over religious exemptions, Debating Religious Liberty presents a series of essays designed to illuminate the different positions on the issue. Corvino, a longtime advocate for LGBT rights, makes the case against all but the narrowest religious exemptions to laws designed to protect people from discrimination on the basis of sexual orientation or gender identity (SOGI laws). By contrast, Anderson and Girgis, both of whom are well-known for their opposition to government recognition of same-sex marriages, contend that religious objections should be honored in a much broader range of circumstances.

Taken together, the essays illuminate the differences in basic premises that underlie the dispute over the granting of religious exemptions to SOGI laws. At the core of dispute is the debate over the analogy between SOGI status and race. Corvino contends that the position of LGBT people is analogous to that of African-Americans in the pre-Brown era, and that religious exemptions to SOGI laws should be strictly limited for the same reasons that we would not countenance broad exemptions to laws that prohibit discrimination on the basis of race. By contrast, while conceding that LGBT people suffer from some discrimination in American society, Anderson and Girgis assert that the magnitude of this discrimination pales in comparison to that which was faced by African-Americans prior to the passage of federal civil rights legislation in the 1960s. Based on this view, they question the need for SOGI laws and insist that, in any event, any such laws should provide for broad religious exemptions.

Each of the authors plainly has a strong commitment to his position, and the authors construct the arguments for both sides with great care and rigor. But what is equally impressive about the essays in this book is the respect with which all of the authors treat the views of those with whom they disagree. Corvino, Anderson, and Girgis demonstrate that even the most controversial, emotionally charged issues can be discussed without resorting to vitriol or ad hominem attacks. In so doing, they provide an object lesson in civility from which we can all benefit.