The Impact of the Criminalization of HIV Non Disclosure on Women 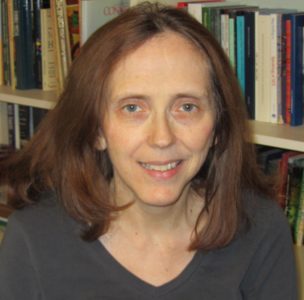 Over the past decade in Canada, and particularly over the past five years, we have seen an increase in the number of prosecutions of nondisclosure of HIV status. Most of these cases are prosecuted as aggravated sexual assault, our most serious sexual offence, punishable by life imprisonment. Unlike sexual assault generally, there has been a dearth of literature in Canada addressing this issue from the perspective of its impact on women.

This is an exceptionally difficult issue for the feminist legal movement. On the one hand, prosecutions of nondisclosure could be seen as protecting the sexual autonomy of women who are often the victims of men who fail to disclose their HIV-positive status. Expanding the notion of fraud negating consent could be seen as empowering women to choose the circumstances in which they consent to sexual activity. However, women are also potential accused persons in these cases. Sex workers, immigrant women and poor women may be particularly at risk of criminalization for failure to disclose. Recently a 17 year old girl in Edmonton was named publicly and charged with aggravated sexual assault for not disclosing her status to two men. Rates of HIV are increasing in young women in Canada and we need to ask whether criminalization, in the long run, will protect women from HIV or further marginalize and isolate this already highly stigmatized group.

Alison Symington takes on some of these difficult issues in her chapter in this forthcoming book on Sexual Assault edited by Professor Elizabeth Sheehy. Symington takes as her starting point the view that “any use of coercive legal powers by the state (whether within the criminal justice or public health systems) must be evaluated on its ability to prevent further HIV infections and/or promote care, treatment and support for [persons living with HIV/AIDS], in line with the best available evidence and human rights standards.”

Symington demonstrates that it is not self-evident that criminalization protects women nor that it decreases the transmission of HIV, particularly considering that most transmissions occur during the acute stage of the virus, often before the individual knows he or she is HIV-positive. Symington argues that the trend towards over-criminalization may be a result of “a state-sponsored AIDS panic” rather than sound social policy, reminding us of increased scientific knowledge about the efficacy of condom use and anti-retroviral therapy in reducing transmission risks to extremely low levels. Women must be given the physical and economic resources to be able to disclose their status without facing the risk of violence or other harm. While criminalization may give some women a small measure of justice, Symington asks “what message does that send to women and the public generally about their role in sexual relationships, about sexual assault and violence against women, about dependency and agency at the root causes of women’s vulnerability to both violence and HIV, including poverty, discrimination and myths about women’s sexuality?” She looks at the issue from the perspective of agency and empowerment, pointing out that myths of women as passive sexual actors are implicated in the issue and arguing that, in an ideal world, both partners in a sexual relationship, should make their own autonomous decisions about sexual behaviour and take steps to protect themselves from risks. The stigma and fear surrounding HIV often seem to further public beliefs that persons living with HIV must carry all of the responsibility to protect their partners through disclosure and should be imprisoned if they fail to do so, whether or not HIV is actually transmitted.

Symington also expresses concern about the damage done to sexual assault prosecutions generally by equating HIV nondisclosure with sexual assault. She notes the racial and heterosexist bias demonstrated in the Canadian prosecutions to date, and the stereotypes and stigma that such systemic discrimination perpetuates. She points out that other sexual assault cases are much less likely to succeed on the basis of women’s uncorroborated evidence than areHIV non-disclosure cases and shows that while both are prosecuted as sexual assault, very different dynamics are at play. As well, she details several reasons why criminalizing HIV non-disclosure may actually be counterproductive to transmission prevention efforts, including increasing disincentives for people to find out their status; and contributing to public misunderstanding of transmission risks and stigmatization of people living with HIV.

Symington does not make clear whether she believes criminalization is ever appropriate – for instance, in the difficult cases of those individuals who demonstrate a pattern of total disregard for the safety of their sexual partners, despite the efforts of public health authorities. Most HIV/AIDS advocacy groups recognize a narrow but necessary role for criminal law. Determining where the line should be drawn is a challenge currently before the Supreme Court of Canada in a case from Manitoba and one from Quebec.

Symington’s arguments and discussion are nuanced and powerful. However, her starting point – that any use of coercive legal power must be evaluated on its ability to decrease HIV transmission – is likely to be challenged. Many would argue that the purpose of sexual assault law is protect the physical and sexual integrity of (primarily) women. The fact that these purposes conflict may be a further reason Symington urges us to re-consider sexual assault as the appropriate tool to use in these cases.

Symington concludes that “forging strategic linkages between the analysis and advocacy work on HIV and on violence against women may be a critical next step in advancing the criminal law in a more logical and effective direction.” It is hoped that advocacy groups will take up this challenge. The significant public health problem of nondisclosure needs a more nuanced response than the blunt tool of widespread criminalization.