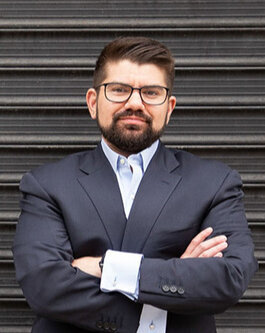 In the waning days of Trump’s presidency, the far Right put Critical Race Theory in its crosshairs. In a flurry of executive orders and guidance documents, Trump tried to paint CRT as the cause of racial unrest in our nation. This move, which has since set off campaigns in state legislatures to outright ban CRT in public schools, is unsurprising. Trump and large swaths of his followers are white supremacists full-stop. As such, they see CRT as a threat to their racist agenda.

CRT does not cause “racial unrest,” sow racial hatred, and it is not now and has never been routinely taught in K–12 schools. Those seeking to literally outlaw CRT are not in any honest sense concerned with our youths’ minds or souls. Instead, they fear CRT’s capacity to shed light on how racial division has been and continues to be used to maintain white power. CRT is dangerous because the movement in the academe and in the streets seeks to transform the relationship between race, racism, and power. If the stakes weren’t so high right now, we might chuckle at how ridiculously Trumpian the far Right’s strategy is here. What more Trump move could there be than to claim CRT, which helps us dissect and discuss racism in sophisticated ways, is a bigger threat to our nation than racism itself.

Thankfully, in these troubling times, scholars like Marissa Jackson Sow, continue to build out and expand CRT discourse in new and innovative ways. My focus here is on two of Sow’s recent articles, Whiteness as Contract and Protect and Serve.

Sow positions both articles as part of a growing body of scholarship termed critical contract theory. Much as Cheryl Harris did in the early nineties with property law,1 Sow invites us to employ contract law as a lens and metaphor to discursively identify the emergence and sticking power of racial stratification in American politics and society, past and present.

The premise of Sow’s overarching project is most clearly articulated in Whiteness as Contract. There, Sow explains that antidiscrimination and human rights law frameworks too often obfuscate how and why structural and physical violence against “those raced as Black . . . endure[s] at the express direction of the state.” (P. 1.) Sow’s core insight here is that when racial groups’ relationships to the state are conceptualized in contractual terms, it is apparent that Blacks and other historically marginalized minorities are incapable of being parties to the social contract that sustains our nation, while, conversely, whites have secured contractual terms with the state that lock-out minorities from entering into the social contract, let alone benefit from its protections.

Protect and Serve takes critical contract theory to the next level, applying it to policing in the United States. Invoking the contract framework once again, Sow urges that the (aspirational) mandate that police “protect and serve” is, at best, illusory for Blacks and other historically marginalized minorities. Police are not, to Sow’s eye, charged with protecting all of us, but instead have historically—and continue to this day—to be charged with protecting the racial contract forged between whites and the state. As Sow explains,

Black people can do absolutely nothing to avoid being killed by police in the United States, because the United States is not in contract with them and because, in many cases, they are actually the objects of contract. Black people in the United States are excluded from the nation’s body politic intentionally and strategically, to more efficiently exploit their labor, extract their resources, and to remove them from physical spaces that local, state, and federal governments reserve for those citizens with whom it is contracting. Police, as vehicles of the state, are the enforcers of that exclusion. (Pp. 6-7.)

As was the case with Harris before her in property law, the elegance of Sow’s work in critical contract theory is a testament to CRT’s power to illuminate how and why racism continues to reverberate in our nation today.